My relationship with FOOD 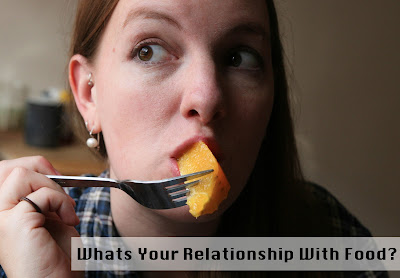 I have had an interesting relationship with food. As I'm sure most girls and women have also experienced. In our culture and society much is said about food. There are fad diets, eating disorders, healthy/not healthy, organic, trans fat, vegan, vegetarian, paleo...really the list goes on. Eating and food in our society is also linked to weight and health. As it should be, but sometimes it is portrayed in unhelpful ways. Like saying, 'this celebrity is skinny because she doesn't eat anything'. As a young person today, you can quickly get carried away with what society and pop culture is deeming the current fad, 'healthy', and what diet is best for you.

As a young woman in high school, college, and beyond, I tried it all. Most of it I tried out of curiosity, like bulimia. I learned about it in 9th grade health class and figured, hey that could be interesting! Why not binge on all the foods that taste awesome and then puke it up? So I gave it a go. I wasn't used to eating huge amounts of food, so my binge was not much of a binge before I was full. Then of course, I was so full that puking seemed like too big an effort, I just wanted a nap. When I put my finger down my throat (in a very mild attempt) it made me gag, but nothing else. So that was it, I decided that I could never make myself puke because it just wasn't that easy. On to the next thing I figured!

I was a skinny mini in high school, so it wasn't like I needed or even wanted to lose weight. For me it was all about curiosity and experiencing the things I heard other girls talking about in the bathroom. Way to be a doe-eyed innocent teenager, eh!

I tried laxatives...gross, pooping water was not for me. And finally found my way to anorexia. I could never understand why someone would actually want to give up food completely, especially when there were things like chocolate ice-cream to be eating! But I gave it a go out of curiosity. I had a friend tell me that the longer she went without eating, the easier it became. Wow! I figured, hey how hard could it be?! It was hard to start, let me tell you. Turning down a bowl of ice-cream from my dad was where it all started and that was torture. I was determined to try it though! Just as my friend had said, the less I ate, the easier it became to not eat. I was surprised at how quickly I could give up food and not care about it. I think it was the realization that I could easily become anorexic, that shocked me back into reality. I quickly realized, whoa, this could become a serious issue if I don't stop now. So I stopped, and went back to eating ice-cream!

Through college and after college I was less fascinated with eating disorders, and more interested in fad diets. Once again, I tried it all. I also gained some weight in college, freshman 15 (or 10, for me). One summer home from college a friends mom remarked, "wow, you have woman hips now". That was a shock to me! I was used to being a skinny mini with no curves. So I gave my lady lumps a good look in the mirror, and decided to try weight watchers with a roomate who was already doing it. I followed the program to a T and lost 10 pounds that summer.

After that, it was all about Atkins, Mediterranean diet, South Beach...etc. They say not to yo-yo diet, but I was the queen of yo-yo dieting. Once again, it was mostly about curiosity more than anything. After losing the freshman 10 that I had put on, I knew I could easily lose weight if I wanted to, so it wasn't about losing weight, it was more a fascination with food and limitations.

Since then, things have calmed down significantly with my curiosity of fad diets. Not to say that I don't still get curious, but being married has made it more difficult to try those things. Especially since Andy will eat anything, and loves to stash ramen noodles in the cabinet. (It is hard to turn down a steaming bowl of ramen, especially when someone is slurping it up right in front of you!)

The subject of food came to mind today because Andy just sent me a link to a new fad diet called VB6. It stands for 'Vegan Before 6pm', ridiculous right! He said it made him think of me. Yes, he knows me all too well and my love for the latest fad diet. When it comes down to it though, none of these 'diets' have ever stuck with me. Not even Paleo, though it felt promising. At the end of the day I eat what I want to eat, and usually I crave something healthy 90% of the time. Simple as that. I have learned to listen to my body and eat what it needs, all the while drowning out what society has to say. This is the best diet, I call it the Ellie-Diet. Eat what you want, when you want, just in moderation...and make sure there's green in your meal everyday.

What is your relationship with food? Any interesting experiences or fad diets? 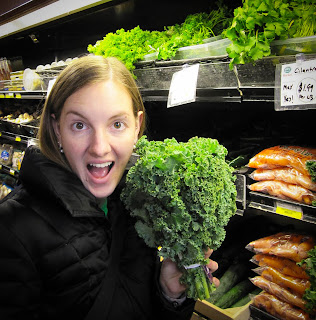