A while ago I posted about making Christmas packages of chocolate for friends. I have a lot of chocolate on hand since I just closed down my chocolate business. Bark is super easy to make. It is pretty much just melting and spreading chocolate while adding things to it.
(Here's also a recipe for peppermint bark.) 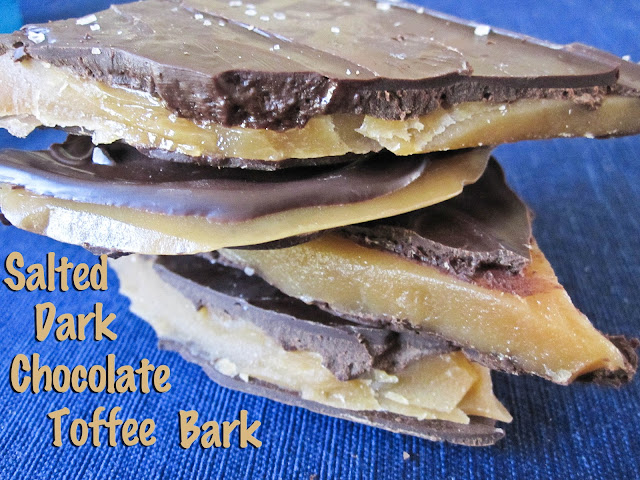 This bark recipe is a little different than most. It is a toffee bark recipe, which means it is just chocolate and toffee layered on top of each other. With chunky salt sprinkled on top too! 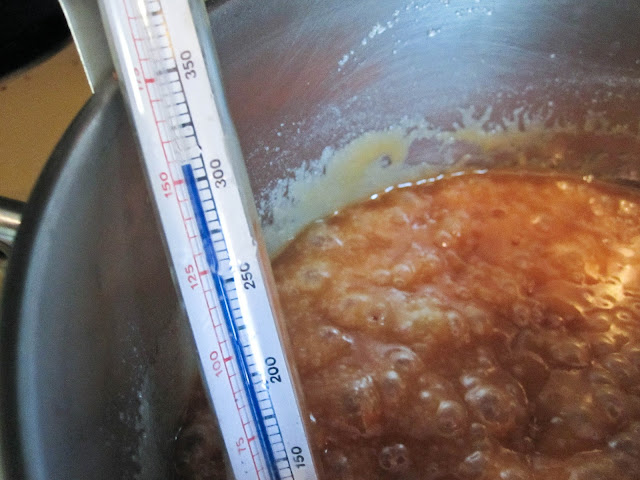 This was actually my first time making toffee. I always thought toffee was just a hard-candy version of caramel, but it's not! I have made caramel many a time and it is much more complicated with more ingredients than toffee. Anyone could make toffee! All it is is butter and sugar...healthy right? 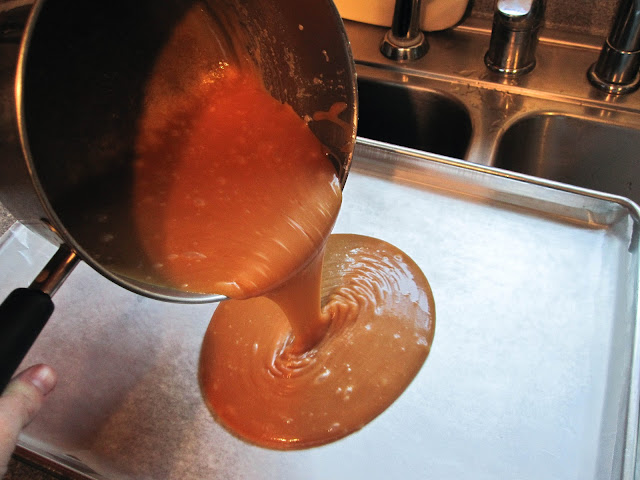 Salted Dark Chocolate Toffee Bark
For the Toffee:
-2 cups butter
-2 cups sugar
-a pinch of salt
Combine butter, sugar, and salt in a pot. Stir it over medium heat until the butter and sugar are completely melted. Then turn the heat down to low. Stir it occasionally, but not too much. Put a thermometer in the pot and let it simmer until the toffee is amber color and slightly over 300 degrees F. Remove it from the heat and pour it out onto a waxed paper lined cookie sheet. Spread it out to the size of the pan.

For the chocolate:
Take about 2 cups of semi-sweet chocolate chips (or any kind of chopped chocolate) and sprinkle them over the hot toffee on the cookie sheet. Give the chocolate a few minutes to melt and then spread it evenly over the toffee. Take large granulated salt and sprinkle it over the top generously. (I could have added more to my bark.) Put the pan in the refrigerator and let it cool.

That's it! So easy, yet so classy. 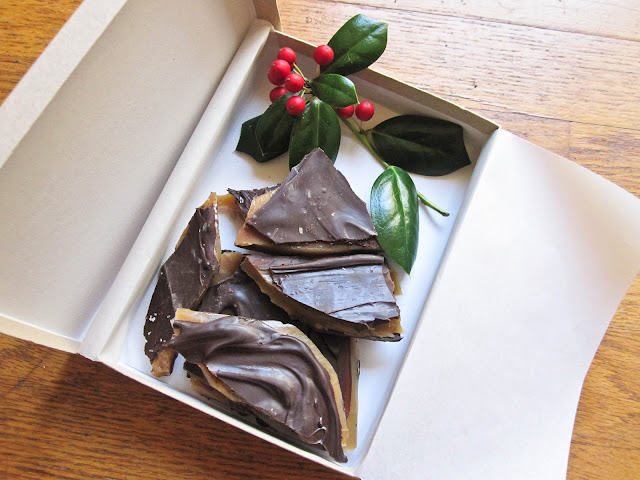