I have been meaning to post this for a while, but never made the time for it. Now that we are traveling all week, I figured it would be a good time to post it. 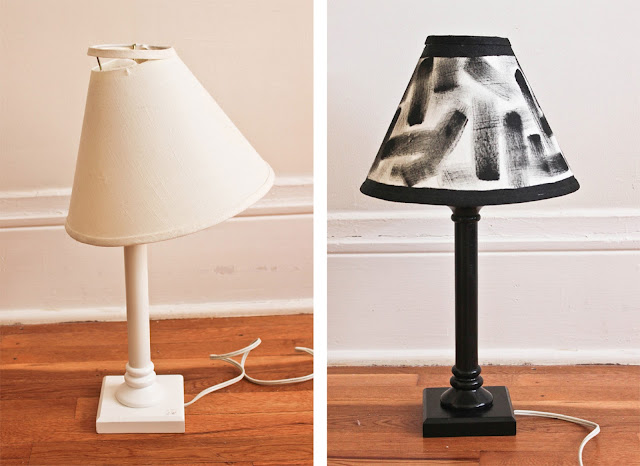 Our apartment building has a "free" area in the lobby where people put things they don't want. There was something different there almost every day. While Andy and I were trying to live a minimalist lifestyle, we were sometimes tempted by the consistent free stuff. We did actually get some pretty cool stuff though. (Like: 2 suit jackets for Andy, a brand new in-apartment compost bin (sold new for $50!), dog toys, an awesome bottle opener, cleaning supplies...etc.) 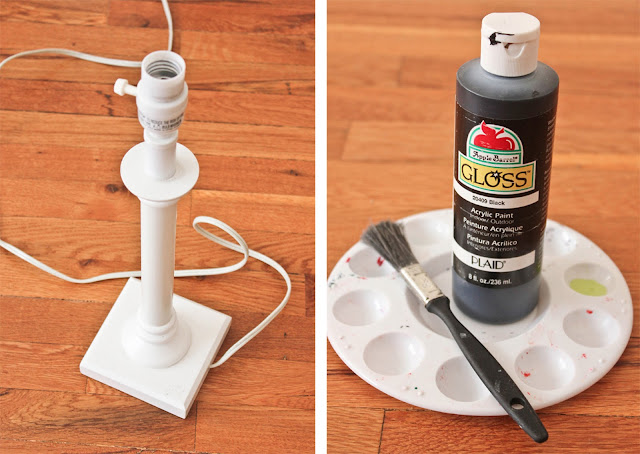 One day this broken lamp was sitting in the free area. I passed by it thinking, 'who's going to take that, it's broken'. Later in the day Andy came home with none other than the free broken lamp. I laughed at him and told him to take it back, but he said no. He thought it was a good lamp for our guest bedroom and thought that I could fix it up. Sure enough, he was right. I put my creative cap on and fixed it right up! 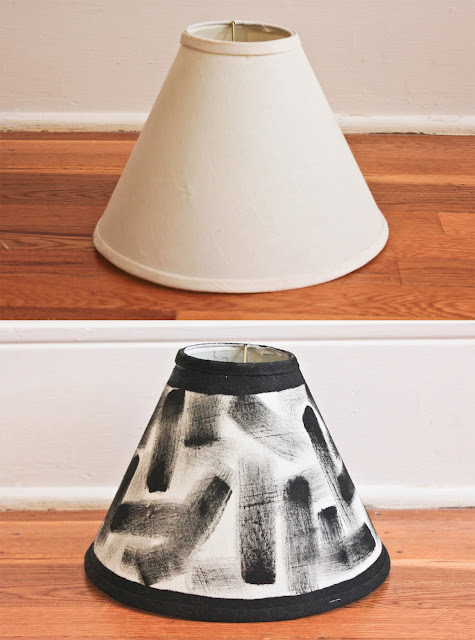 First, I glued the top back together. After waiting an hour for the glue to set (and hanging the lamp out our window so the sun would dry the glue) it didn't work. So I resorted to option two, staples. The staples worked wonders. After that I pained the base of the lamp black to cover some marks. Then I pained over the staples on the top and bottom of the lamp. Last, I did a random brush stroke design. It is not the best design, but it adds a bit of interesting texture and took no time. 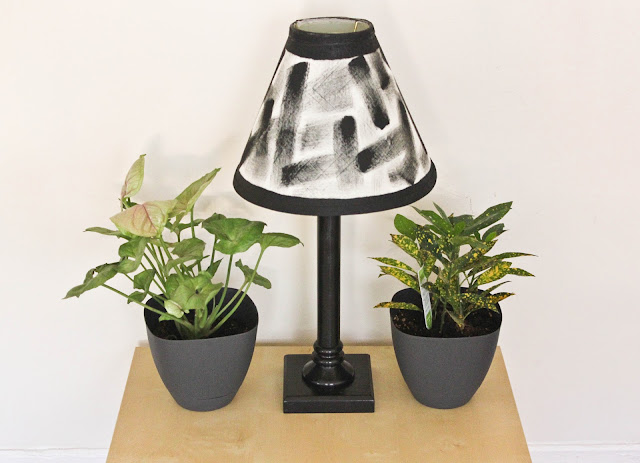 Voila! There's my free lamp makeover. I love that Andy has confidence in my creative fixing skills.