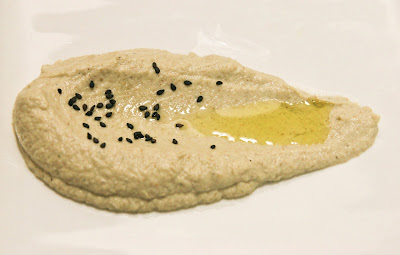 Back in my days living in South Korea I had a roomate who introduced me to baba ghanoush. She made it once a week and the three of us roomates enjoyed it together. It was a lovely time of hanging out and gorging ourselves on the Middle Eastern eggplant dip. She'd roast the eggplant in our little toaster oven and later while it was blending together with spices, she would heat up some french bread. We'd hover over our little kitchen table taking turns dipping the hot crusty french bread into the baba ghanoush. Those were good times! 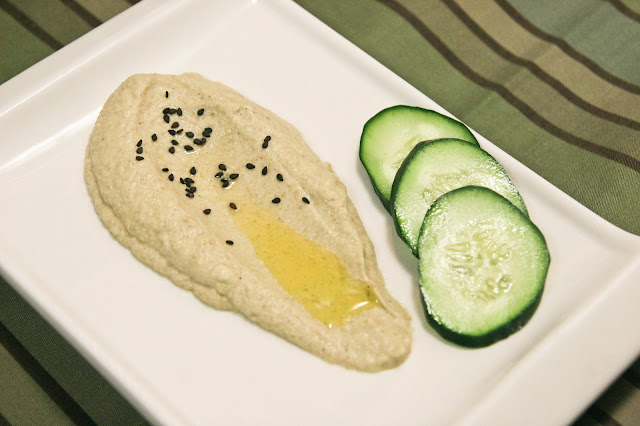 Now, as a quick healthy meal at home Andy and I often resort to making baba ghanoush. Aside from the time it takes the eggplant to roast, everything else is really quick and simple. We like to chop a bunch of vegetables for dipping along with bread or whole grain crackers. The leftovers make for a wonderful snack too. 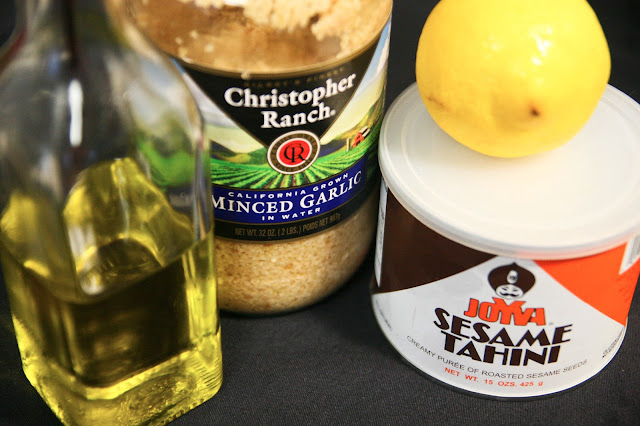 Heat the oven to 400 degrees. Place a pierced eggplant on a sprayed pan in the oven. Cook for about 30-40 minutes, making sure to rotate the eggplant mid way through. Once the eggplant is roasted, take it out of the oven and let it cool for about 20 minutes. Once cooled, peel the outside peel off the eggplant and put all of the insides straight into a blender. Add ALL of the other ingredients and blend on high until everything is creamy. That's it! If you serve it as a dip, add some olive oil and sesame seeds for decoration. 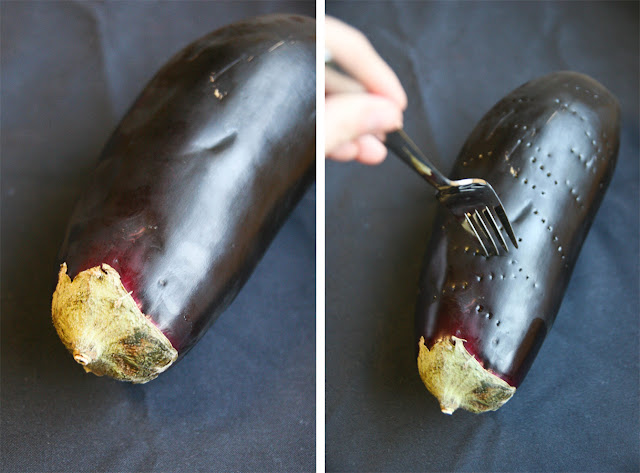 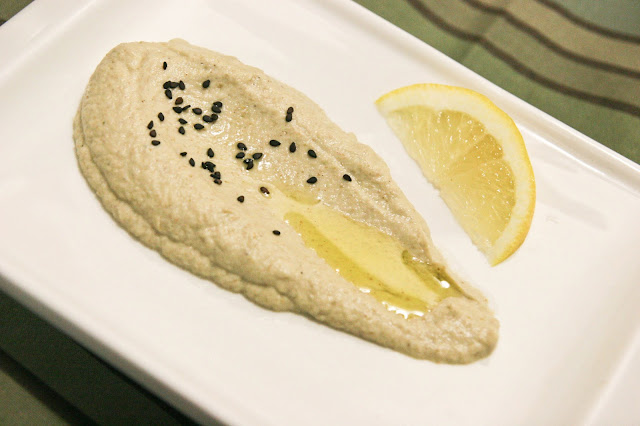