Treasure Island and a Wine Tasting 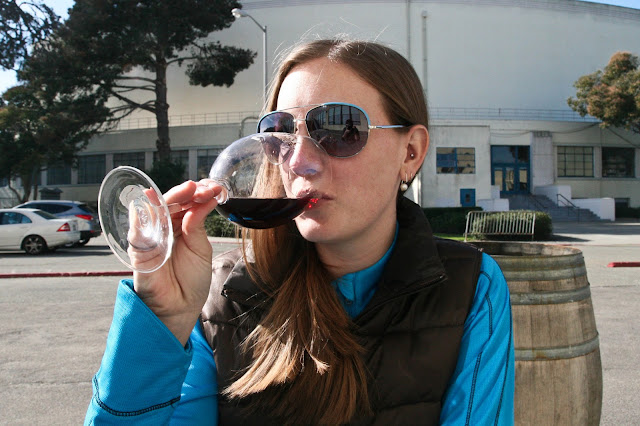 We took the exit off of the Bay Bridge that said 'Treasure Island' and had no idea what we would encounter. Immediately there were all sorts of plants and palm trees. It seemed to be a tropical little island right there in the center of the bay. When we came into an opening we saw palm tree lined streets, a marina filled with boats, and a large airplane hanger looking building that read "Winery". Sweet, it was paradise complete with wine! 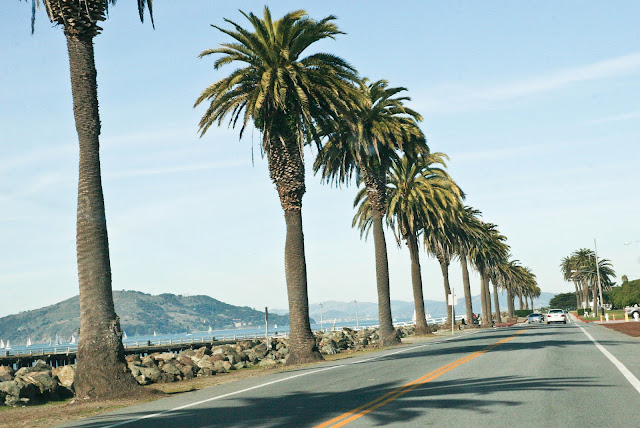 Before visiting the winery we decided to explore the island. The first half of the island was filled with green lawns, apartment complexes, and the huge winery. The other half of the island though, was quite different. We encountered barbed wire fences and signs that read "Do Not Enter, Toxic". There were abandoned buildings, no plants or greenery, pot holes in the roads, and not a single person around. It was strange, really strange. After a bit of exploring we decided that maybe we were not supposed to be there and headed back towards the winery. 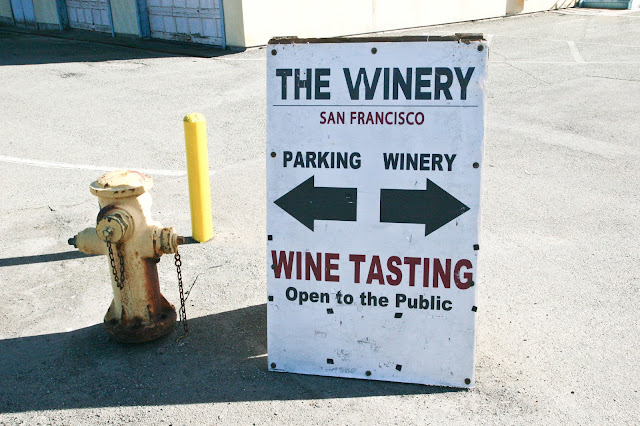 We parked at the winery and headed inside. The building was a huge old airplane hanger turned winery. Upstairs was the tasting room and lounge, while downstairs was filled with wine barrels and open space available for wedding parties, galas, and all sorts of other events. There was actually a wine tasting event going on while we were there. 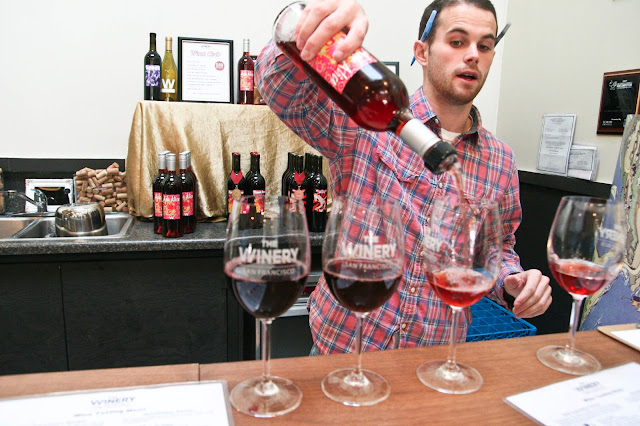 The winery was called 'The Winery San Francisco'. (Yeah, creative name right!) They had about 10 or so wines. Instead of doing a tasting we decided on a glass of wine each to take outside for enjoyment of the beautiful day. We had a glass of the Cabernet Sauvignon and the Peoples Blend. Both were good, but nothing to write home about. We enjoyed the adventure of Treasure Island more than anything, and the wine was a pleasantly added benefit. 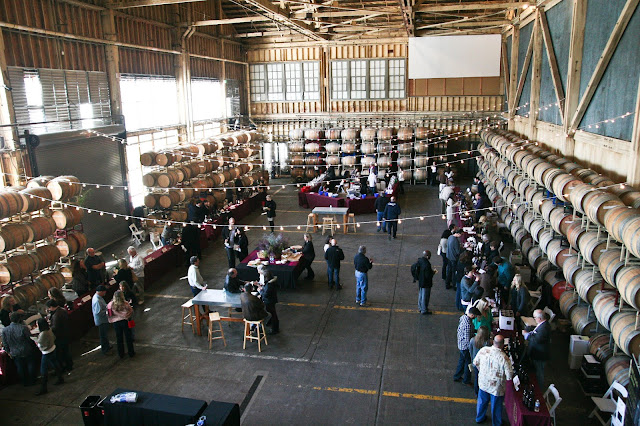 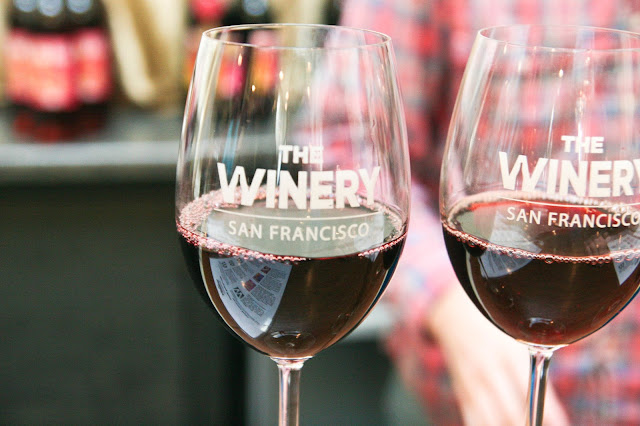 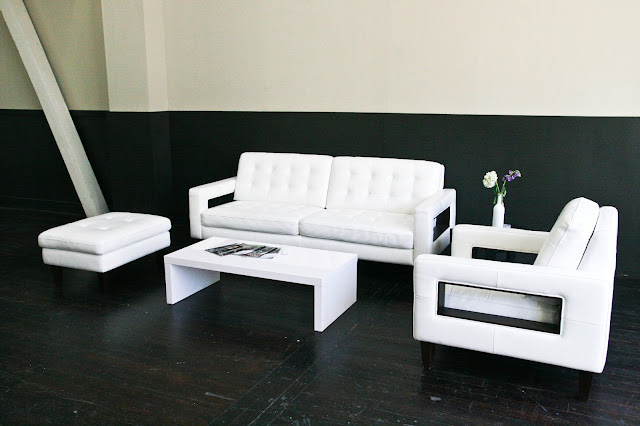 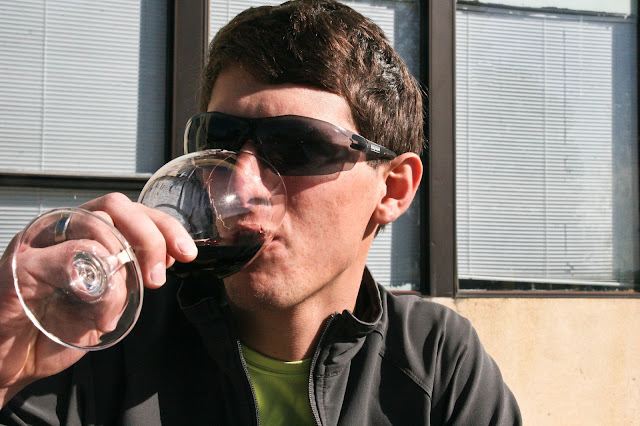 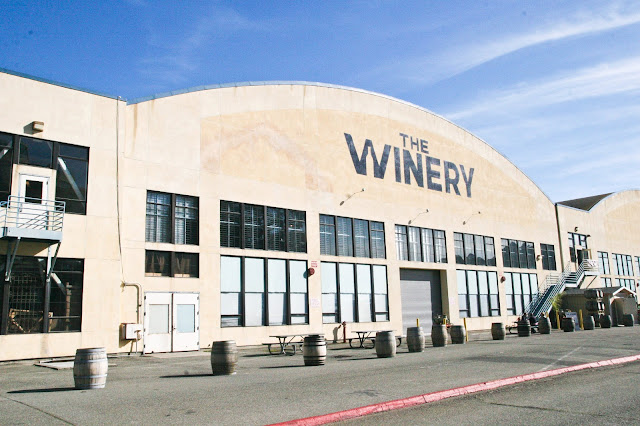 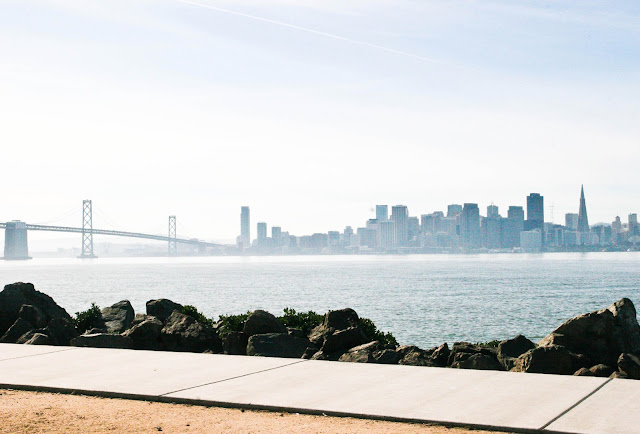 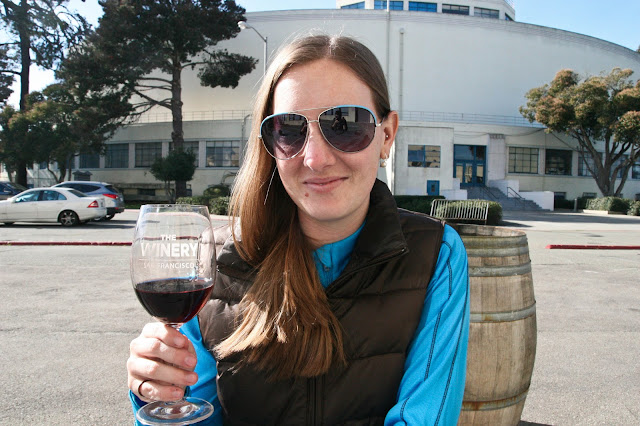