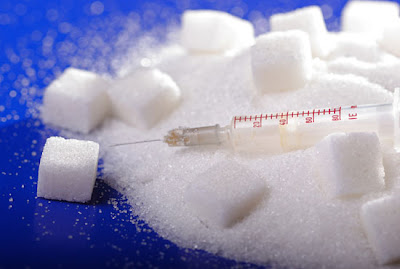 Ugh, my gut is still getting over this last weekend. It wasn't a particularly wild weekend. In fact, it was just a casual weekend filled with sugar and junk food. How did I let it happen...I don't even know!

A few of my new years goals were to eliminate processed foods/sugars and lose 10 pounds. I was determined, and January ended up being fantastic. Not only did I eliminate processed foods and sugar, but I ate better, watched my calories, and lost 5 pounds. Hurrah! I focused on eating a lot of veggies and protein. Normally Andy and I don't eat much meat, but since it fills you up and aids in muscle gain I started to incorporate more of it into our diets. It has been fun to follow and create new recipes with meat in them. I think Andy has LOVED it! The reason we haven't eaten much meat in the past is because we are straight up lazy. Cooking meat requires more prep work and an actual recipe or goal for what the meat will become. We never thought that far ahead, therefore we didn't eat meat. I have loved planning a weekly menu and searching for new recipes with meat in them this time around though.

So anyway...January was great. I stayed on track eating healthy and reaped the benefits. I lost 5 pounds, slept great, felt great, and had plenty of energy. All the benefits of eating healthy and eliminating sugar and processed foods. Not to say that I didn't still satisfy my sweet tooth, because I did. I just made sure to do it through fruits or honey. These morning tonic's also really helped.

Then, this weekend happened. I have been wanting to make cookies so badly, and finally I did. I made French macaroons and boy oh boy are they loaded with sugar. I did well making the recipe with only teeny tiny little tastes, and I didn't even lick the bowl. When they were all finished I ate two (they are tiny, how could I only eat one?!) and something interesting happened. I had an instant headache as soon as I finished my two macaroons. It was instant, I tell you! It didn't last very long, but it sure was a headache. Later, I had another macaroon after dinner. The same thing happened! Instant headache. It was a sugar headache. My body had gotten used to not having sugar, so re-introducing it like that gave me a headache, probably meaning that my body didn't like the sugar and was freaking out on me. So interesting!

A similar thing happened with processed foods. (Think pringles, boxed mac and cheese, crackers, boxed cereal...) Soon after eating them this weekend I felt bloated. It was a gross unbutton my pants kind of bloating. Not pleasant! Especially not when paired with a sugar headache. I should have taken a clue the first time it happened, but instead I kept eating and kept feeling worse. Despite it taking a whole weekend of eating sugar and processed foods, it was good because now I know the real issues with these kinds of foods. It was easy to eat them when they were already in my diet (because my body was addicted!), but taking them out and later re-introducing them, has shown me just how bad they are. I hope this can affect my long term decisions concerning sugar and processed foods. Maybe yours too.