Hello world, I have ADHD! 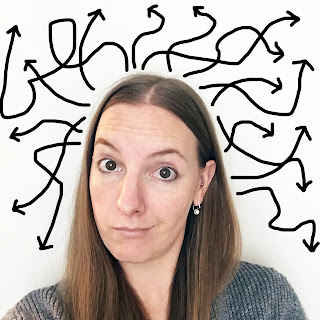 You read the title correct, I have ADHD. I was just diagnosed after a year of trying to figure out "what the heck is wrong with me?".

According to add.org: "AD[H]D is a brain-based syndrome that has to do with the regulation of a particular set of brain functions and related behaviors. These brain operations are collectively referred to as “executive functioning skills” and include important functions such as attention, concentration, memory, motivation and effort, learning from mistakes, impulsivity, hyperactivity, organization, and social skills. There are various contributing factors that play a role in these challenges including chemical and structural differences in the brain as well as genetics." 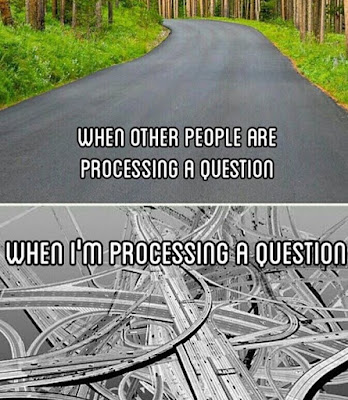 Within the last YEAR- I have moved from the countryside to Harrisonburg, started seeing a therapist, thought I had depression, tried depression meds but they didn't do anything, continued therapy, applied to UVA for a masters in teaching on a whim, got in, moved to Charlottesville, completed an intense accelerated semester of grad school, quit grad school, got hired at an inner city school for teaching special-ed, moved to DC, had a terrible time as a special-ed teacher, quit, and now here I am. This is how my whole adult life has unfolded. 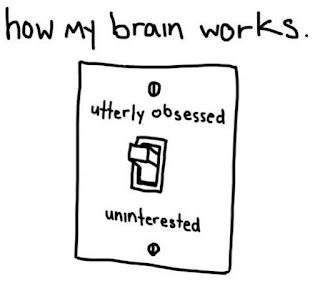 I have jumped from one job, one aspiration, one business, one degree or grad program to another. I have done some awesome things like working on a farm, teaching English in South Korea, managing a Pilates studio, starting and running a chocolate business and a photography business, and taking care of alzheimer's patients through home healthcare. 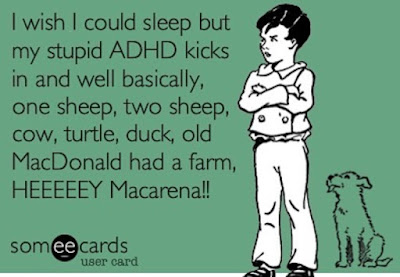 Since I was a kid, I have always felt different. I chalked it up to my childhood growing up in Papua New Guinea. I have always been a great observer of people though, so I observed and followed the social norms that I saw. Being a good kid was important to me, so I did my best to behave and act like other kids. School was fun not because of classes, but because of the extra curriculars that I overachieved in. I never once studied in high school due to it being "boring". I got by with good grades through having general smarts. In college, I tried to study but found it terrible, soul crushing, and boring. I ended up finding the most creative and active classes that I could, in order to make it to graduation. There was one semester I was failing everything, so I dropped all but two classes. Focusing on only two classes helped me bring my grades up. That delayed my graduation by a semester, but luckily I was able to walk through graduation with everyone else. It was a relief to be done with college. I felt immense guilt, frustration, and lack of academic confidence in college, yet I never sought help because it was embarrassing to admit that I was struggling. 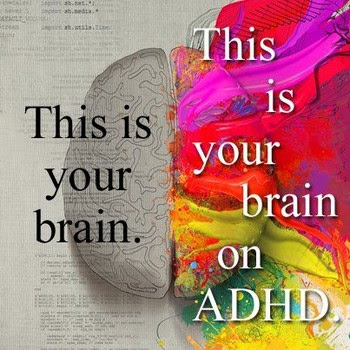 And so the story goes...I excel in the things I am interested in, and everything else goes by the wayside. This is one of the biggest hallmarks of ADHD in adults. When I was diagnosed, one of the three evaluating psychiatrist's said to me: "I can't believe you haven't been diagnosed until now!" The reason though, is because I am not obviously hyperactive. Most girls/women with ADHD go undiagnosed due to compensating for and covering up their symptoms. Which is exactly what I did as a kid in order to fit in. 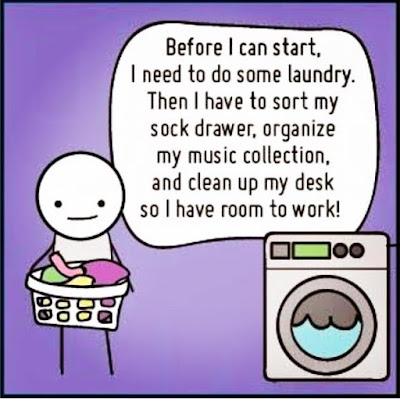 So that leaves me here, once again wondering what to do with my life. I have learned that adults with ADHD get things done based on high interest or urgency. Paperwork- no way, emptying the dishwasher- no way, researching adult ADHD- yes, for hours at a time, spilled a glass of milk- I'm on it, and I may just clean the rest of the floor while I'm at it. So that's me, functioning on high interest or urgency. Andy says: "so it's like you are a cave man, you are only interested in the things that are going to benefit you or keep you out of danger". He also made an interesting point: "It's as though your brain is primitive and hasn't evolved like the rest of us". Maybe...? 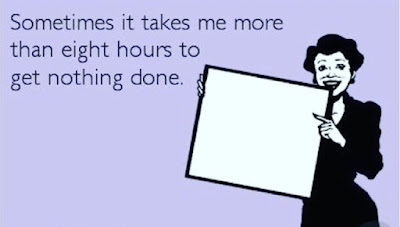 So now that I have a name for being impulsive, overly sensitive, often bored, talkative, full of ideas yet low on motivation, lacking concentration, easily distracted, and all the other traits that make me- me, I have to figure out how to work with it. I am determined not to let this be an excuse, but rather a work in progress. I need to come up with techniques to help me do life better. I feel relief, but I also feel lost. And that folks...is my current truth. 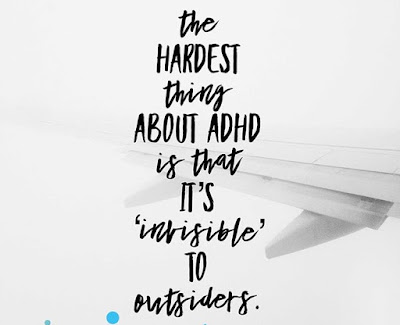 [Side note: I want to thank Andy for dealing with me through years of indecisiveness, over 18 moves (though some of those were due to his career), my crazy moods, my impulsive decisions, and so many other quirks, oddities, and whims I've had. I truly could not have a better partner.]

Email ThisBlogThis!Share to TwitterShare to FacebookShare to Pinterest
Labels: adhd, adhd diagnosis, adult adhd, being impulsive, being irrational, lack of concentration, my truth, what am I doing with my life, women with adhd