"Waiting" is a photography series of sleeping pregnant couples done by Jana Romanova. Jana is a Russian photographer who decided to photograph sleeping pregnant couples after most of her friends started to have babies. Over two years she found 40 urban Russian couples to participate in her series. She would either sleep at the couples apartment, or enter the home early in the morning to take the pictures. To get the top down perspective Jana used a ladder. Jana was surprised that the couples each had their own positions of sleeping and that no two were alike. She was also surprised that the bedsheets were all different. How interesting! More here. 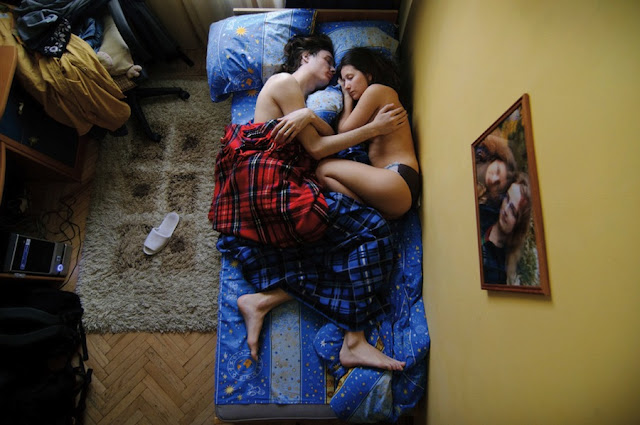 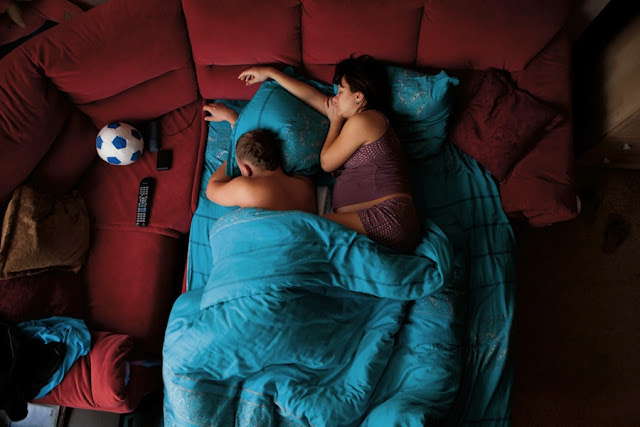 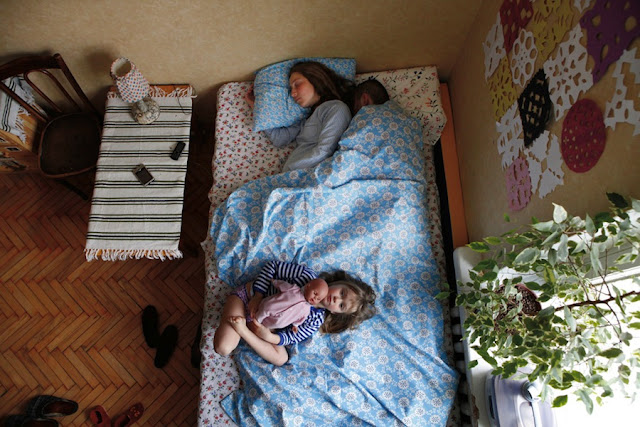 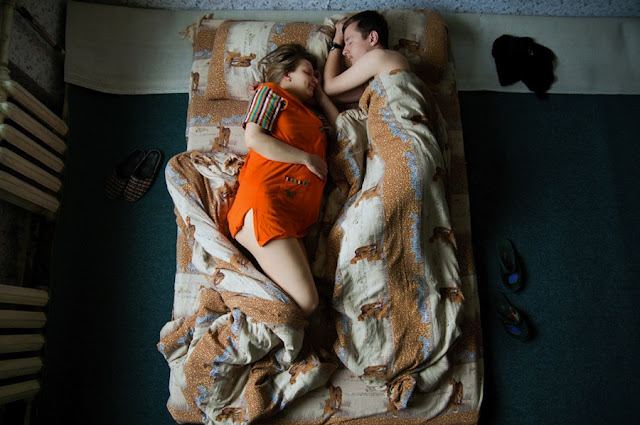 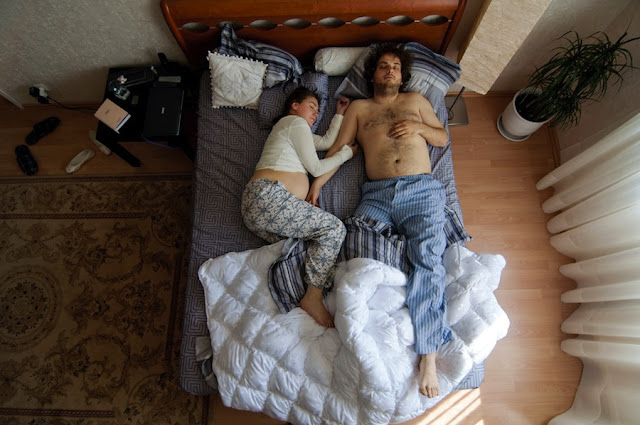 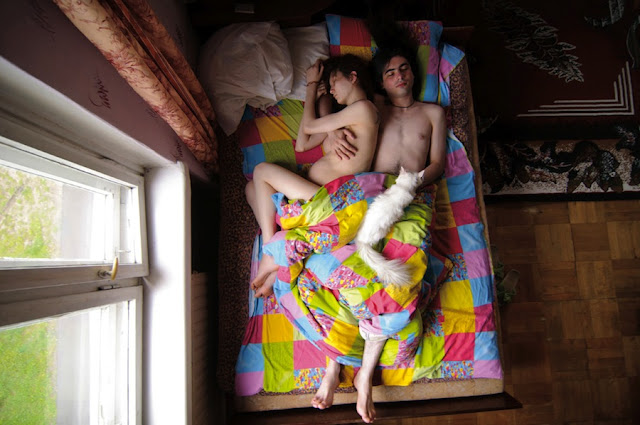