A friend recently introduced me to this series called 'Big Appetites' and I knew I had to share it on the blog. It is right down my alley of favorite types of art/photography. This series of small detailed figures interacting with food was created by photographer Christopher Boffoli. He started the series in 2003 based on the media he was exposed to as a small child. A lot of television shows juxtaposed small people in a big world, and Boffoli relates that to being a small child in a big world full of detailed things. Boffoli liked adding the element of food because of its beautiful texture and color. Boffoli has a whole take on the food aspect of his photograph of which you can read more about on his website. What a fun idea. I enjoy how the little characters in the photographs each seem to have a personality to them. 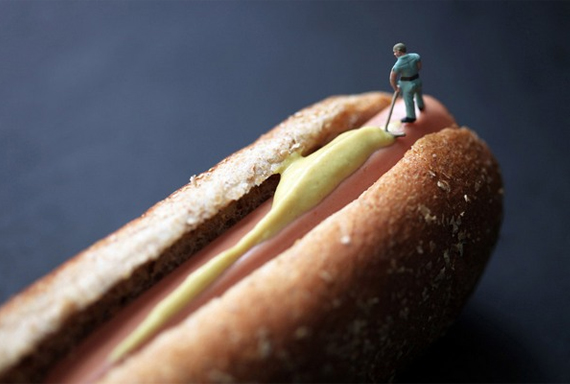 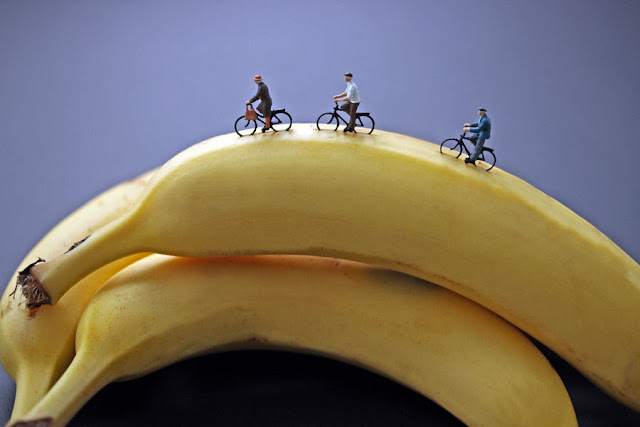 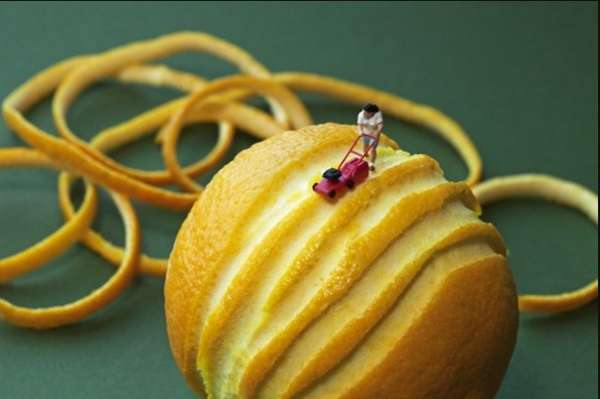 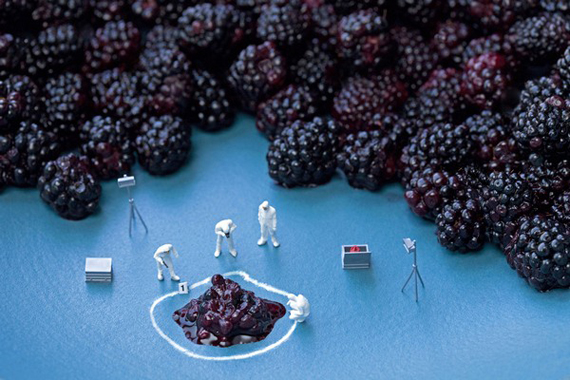 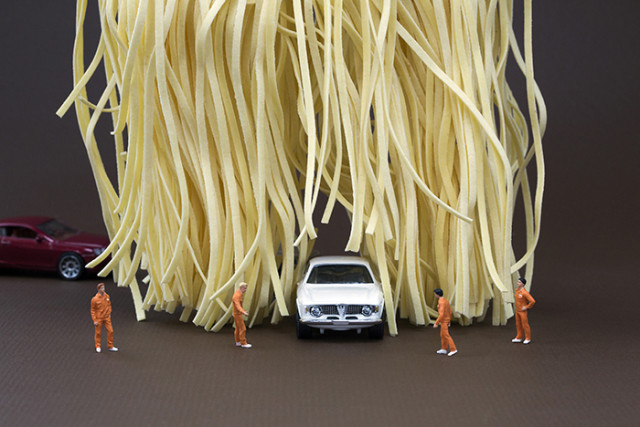 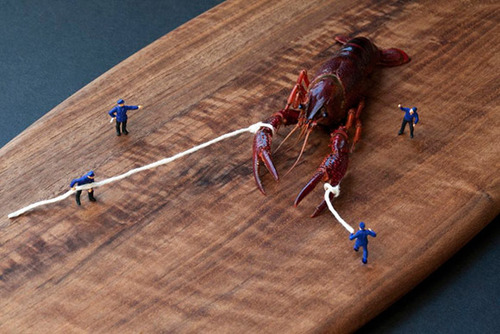 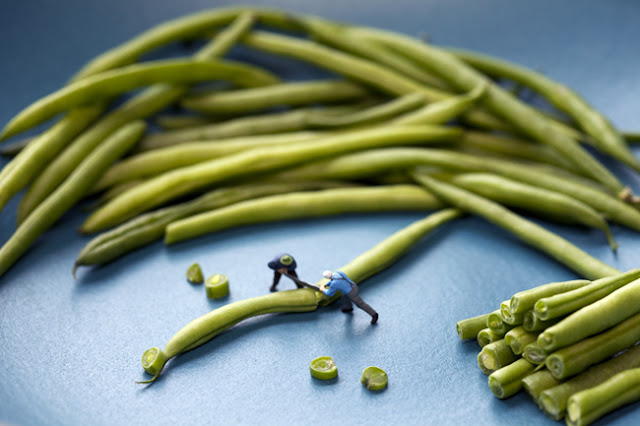