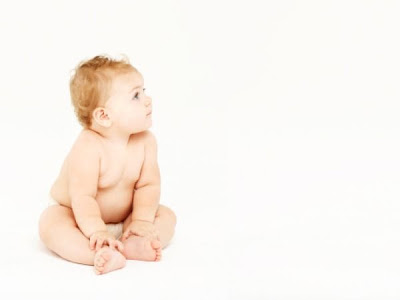 A strange thing happened to me. Or maybe it was not strange at all, but because I have never experienced it before, it struck me as strange. A while ago, I wrote about talk of babies and how does one know that they are ready for them. I wrote that Andy's brother and sister-in-law had gotten pregnant and that had sparked something in Andy to also want to try for a baby. I wondered how Andy had decided that he wanted kids so quickly, because I didn't feel the same way.

Well...my mind has changed (for the most part) and it was all because of this strange thing that happened to me. We received a text the morning that Lauren, my sister-in-law, went into labor. Andy was up at 5:30am to get ready for work and noticed that he had missed a text. The text had been sent at 1am saying that Lauren's water had broken and they were headed to the hospital. The next text said they were going to get some rest at the hospital because she wasn't very far into labor.

It was 5:30am and while I usually sleep through Andy's routine of getting ready for work, I was wide awake that morning. My body instantly started buzzing when I had heard that Lauren was in labor, and it didn't stop buzzing for a whole week!

When the baby finally came that afternoon I got this text: "Jonah is born!". It was a glorious moment. Like in a movie when the rain stops, the clouds open up, and a big ray of sunshine comes through with a rainbow in the background. A chorus of cherubs sang halleluiah. All was well and perfect with the world. I experienced all of that, and then... I cried uncontrollably.

I cried in a way that made my whole body shake, the tears could have filled a glass, my face was red and puffy. Surely, I thought to myself, I am losing it. The more I cried, the more the my body buzz died down. Tension was released and the buzz that had steadily increased throughout the day became a low hum in the background of my being.

Eventually I pulled myself together, wiped my eyes, and told myself that I was a silly woman. I was also quickly grateful that no one had been around to witness me fall apart. Since that day, the day of Jonah's birth, I have questioned that strange thing that happened to me. The body buzzing, anxiety, and the uncontrollable crying. I can only come to one conclusion...maybe you have a better answer? The conclusion being that somehow I was experiencing long distance baby hormones from Lauren. (Very scientific right?) Somehow my body had latched onto the idea that she was giving birth and it affected my hormones in a way that I have never experienced.

It was weird. In some way though, I feel more prepared and more open to the idea of having a baby now. I have not even met this wonderful baby nephew of mine, but I feel stronger knowing he is in the world. A feeling of 'Ok, now I can do what I need to do'. A sort of peace. We are seeing baby Jonah through this weekend and I am curious to see if my hormones act out again...