A few weekends ago Andy and I went to the All Worlds Fair in San Francisco. You may be wondering, what IS an 'All Worlds Fair', yes my reaction exactly. 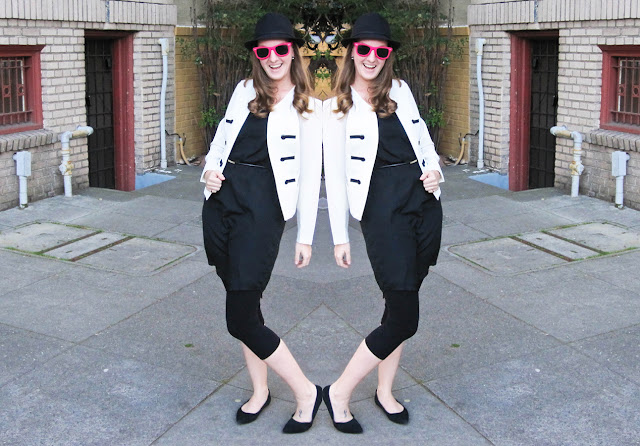 Find my fun vintage blazer Here.
A friend of ours said she was involved, and that it would be an unforgettable night. So obviously we had to go! I looked it up online and noticed that the tickets were selling like wildfire! There were still two weeks before the event, but it was just about sold out. Not having any information on the event I signed up for some of the last tickets. I snatched them right up! Then I figured I should do a little reading on the event, so we'd know what we were in for. Funny thing though, there wasn't much information... 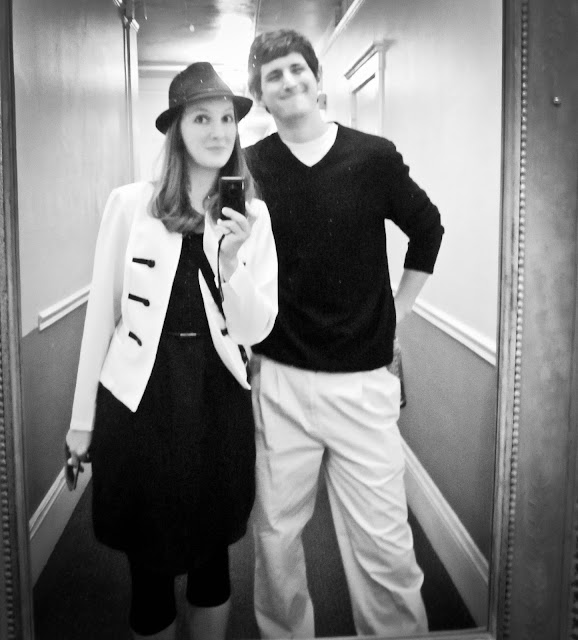 Everything I could find on the 'All Worlds Fair' was about galaxies not our own and species from other planets. There was talk of a strict black and white dress code, and passports involved. As the event grew closer, we had to fill out online information for our inter-world passport and agree to the dress code. I began to get more emails about risks involved with traveling to this out-of-world experience, along with news of the fair and its vendors...with no specifics of course. 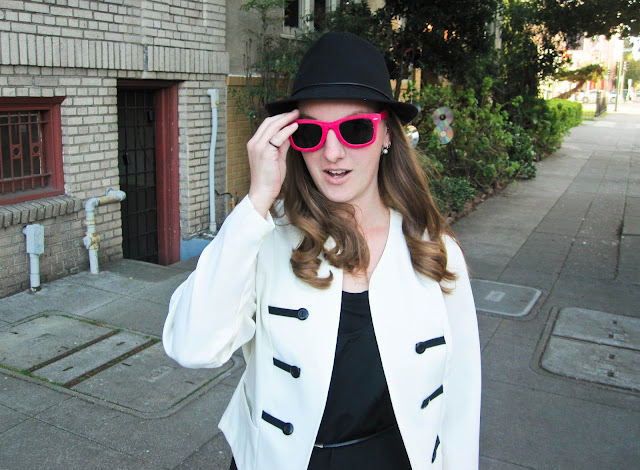 Both Andy and I grew more and more curious. What was this event?? What on earth (literally) had we signed up for? The night of the event Andy and I got ready together. We went through our closet to see what we had to wear in terms of black and white. We found simple outfits and headed into the city. The event was held at the old Mint building where there was a line down the sidewalk when we arrived. We jumped in line and were quickly questioned about our passports. Yes, we answered, we had filled out all the passport information. 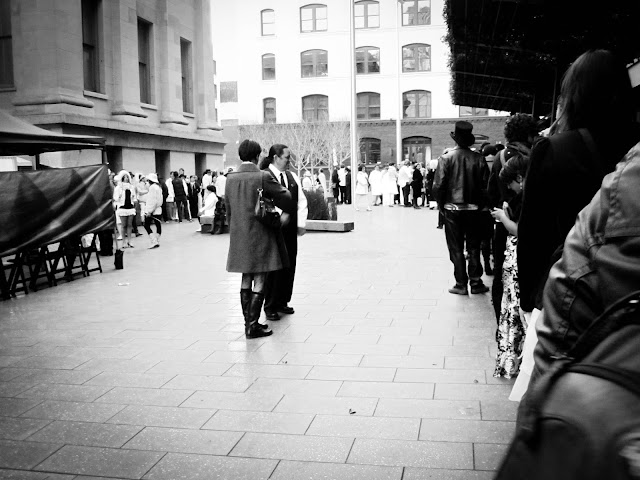 After waiting a little longer, and observing all the black and white outfits around us, we were ushered through the passport booth and into the building. Unfortunately, there were no electronic devices allowed, so my pictures from outside are quite bad, and I have no pictures from the inside, so you'll have to use your imagination. 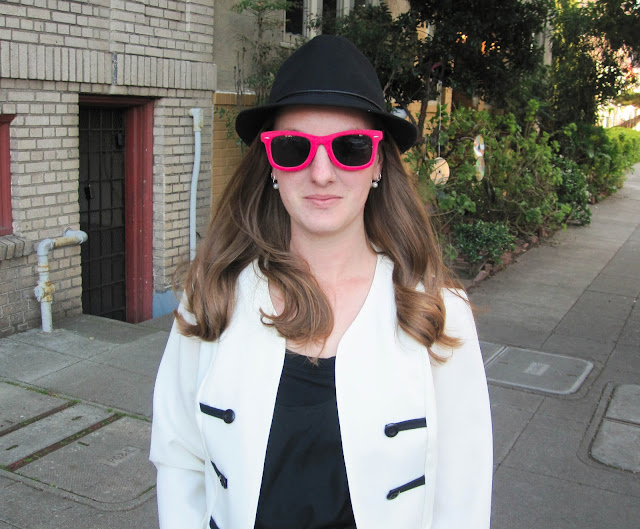 Once we were in, it was a free for all, a fair. Each room held a different vendor showing us something from another world. We dug for silicone (from the silicone valley, ha!), tried healing elixirs, were entertained by kings, told jokes while sharing tea, viewed out of this world images...and on it goes. At one point we were ushered upstairs, where the fair took a different turn. The rooms were more like works of art, installations, but they were alive. One room was filled with live statues donning the most wild and interesting looks, clothing, and makeup. A fog machine blew into the room along with dramatic lighting and music. It was incredible! We also saw a 4-legged stilted lady dance in one room, and played an out-of-body game in another room. Towards the end, we were once again ushered into another part of the Mint building. It was a large open room with paper installations hung from the ceiling to the floor in all four corners. Everyone sat, as we listened to a musician in one corner playing buckets, chimes, and cymbals. He even did some tuvan throat singing at one point. Out of nowhere a group of dancers tied together and wrapped in white cloths came out. They moved as one, like a breath, and weaved in and out of us. It was strange, but awesome at the same time. 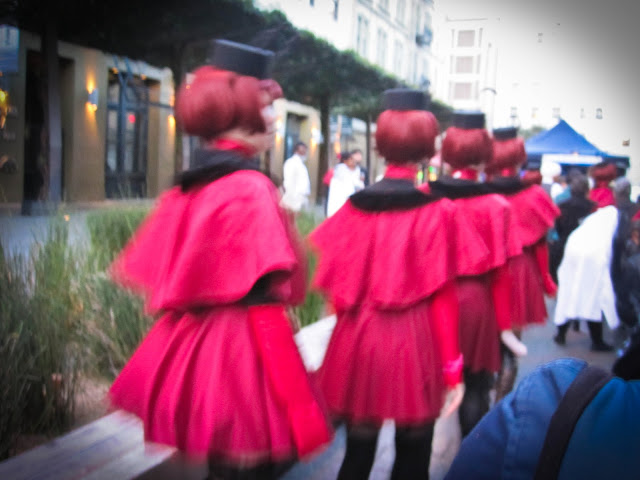 When the music and dancing stopped, the event was over. We left the Mint building through the front steps. Most people were speechless at the incredible event we had just left, others couldn't stop babbling about what they had experienced. Andy and I walked quietly in awe to dinner, then we re-hashed the whole experience over sushi. Wow, what an event! San Francisco never ceases to entertain and mystify. 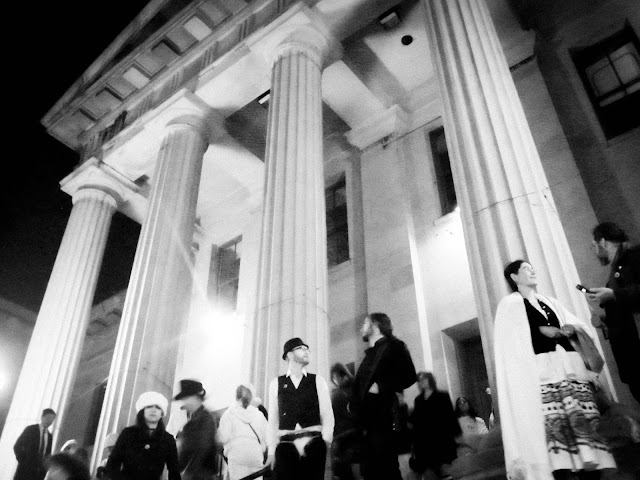