I have a few new years resolutions, or rather goals. For some reason I hate the word resolutions. I also hate new years resolutions. I only started making them about 2 years ago, and usually it is just one goal- to be more creative. This year I decided to really reflect on goals and use the new year as an opportunity to hold myself accountable to these goals. Basically, I have 365 days to work on these things, and well, if I don't accomplish them then I always have next year. Great attitude right? Hey at least I am trying to get into the whole "resolutions" thing!

Goal #1: To live a minimalist lifestyle
Long gone are the days that I could pack my belongings into a suitcase and hit the road. I did have those days, but since getting married and living a more settled down lifestyle (sort of...) I/we have accumulated stuff. Stuff- yuck! So here's to getting rid of stuff and living a more simple lifestyle. (More about this in a future post.)


Goal #2: Learn to drink my coffee black
I have always been impressed with black coffee drinkers. I think they are pure badass! Plus, all that sugar and cream can add up over a year. I'll give it a try...after I finish today's fully loaded coffee. (oops.) 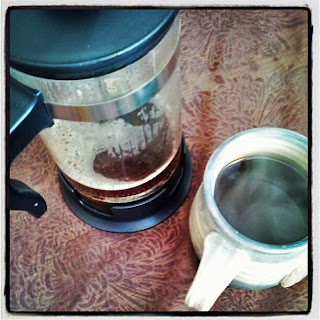 Goal #3: Lose 10 pounds
Lose weight, yadda yadda yadda... In November I had my annual 'woman' exam and discovered that I was 10 whole pounds heavier than last year. And last year I was about 5 pounds heavier than my normal weight...yikes, something must change! But really, I hate feeling uncomfortable in my clothes. (More about this in a future post.)


Goal #4: Pick up a sport
I consider myself a fairly active person (not much as of lately), but not an athletic person. Andy, on the other hand, is super athletic. So this year I would like to pick up a sport and be able to do it with Andy. The jury is still out on what sport this will be, but I'm shooting for something like yoga (whatever, I consider it a sport!), surfing (why not?), or rowing (we live 2 blocks from a lake that has a rowing club, score!).


Goal #5: Write a book
This goal probably isn't what you think it is. I'd love to be able to write a memoir about growing up as a missionary kid in Papua New Guinea but I just don't have the patience for that. (Maybe later.) Instead, I would like to write a cook book! This isn't just any cookbook though...it has a different take to it, and I am keeping that part a secret. If I finish it you'll definitely know about it.


Goal #6: Eliminate processed foods
This was actually a goal of mine last year. It lasted about a month, but it was a great month. I had more energy, slept better, felt better, weighed less...the list goes on. So I am back at it this year. I am much more motivated this time around though. Since reading the book Anti-Cancer I plan on not only eliminating processed foods, but changing some other things as well. 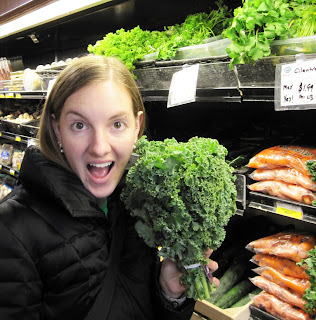